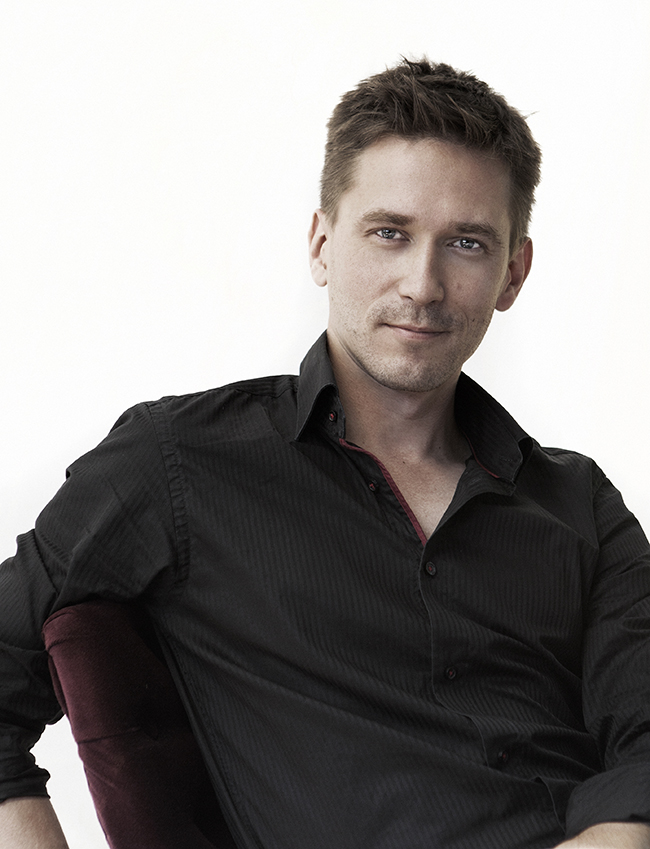 Vyacheslav Gryaznov was born in Yuzhno-Sakhalinsk, a small city in the easternmost reaches of Russia. His musical talent became evident in his early childhood and developed so quickly that his parents, who were not themselves musicians, took the heroic step of giving up everything and moving to far-away Moscow, despite having nothing and no one there, all for the sake of their son’s professional musical education.

Beginning in 2012, and returning to Japan every year since, Vyacheslav was invited to teach as a visiting professor of piano at Kurashiki Sakuyo University of Science and Arts. In 2016 he accepted Yale University’s invitation to fulfill the Artist Diploma program under the Yale School of Music’s Professor Boris Berman.

Vyacheslav Gryaznov is a member of the Moscow Philharmonic Society, which represents him in Russia, and is an Artist-in-Residence with The Drozdoff Society in the United States.

Gryaznov’s 2016-2017 performances include the Berliner Philharmonie and Carnegie Hall as winner of the 2016 New York Concert Artists Worldwide Debut Audition; the Bay Area Steinway Society of San Jose, California; four performances with the Atlantic Classical Orchestra in a multi-city Florida tour; multiple engagements for The Drozdoff Society’s Impromptu! Classical Music Recital series, beginning in January at Hunter College, New York; as well as engagements in Russia, Lithuania, Netherlands, Austria, and France. He will also record a CD on the Steinway & Sons label.

As a student, Gryaznov was honored with grants from such prestigious international foundations as the Russian Performing Arts Foundation, M. Rostropovich Foundation, and V. Spivakov Foundation, and was awarded a Yamaha Scholarship. His very first experience of a global contest, the Nikolai Rubinstein International Competition in Moscow, turned out to be very successful for the 15-year-old pianist; he earned not only the First Prize and the Prize of the first President of the Russian Federation, but also a debut performance in the Great Hall of the Moscow Conservatory. This was followed by victories at international competitions in Ukraine, Italy, Denmark, Georgia, Japan, and Russia. In 2016, Gryaznov won the New York Concert Artists Worldwide Debut Audition for Piano.

At the age 17, Vyacheslav Gryaznov gave his first recitals abroad – in Italy and Denmark – with great success and high marks from the European press. Since then, the pianist has toured in many countries of Europe, CIS, Africa, Japan, the United States, and throughout Russia. He is a frequent guest at international festivals such as Art Masters (St. Moritz, Switzerland), Russian Music in the Baltic (Kaliningrad, Vilnius), Musical Kremlin (Moscow), Festival de Musique de Wissembourg (France), Baku International Jazz Festival (Azerbaijan), Gumusluk International Festival (Turkey), the Music Festival in Okayama (Japan), and Art-November (Moscow).

In 2015, the pianist organized and directed the Piano Duo Festival in Yekaterinburg (Russia), which became one of the highlights of the Sverdlovsk Philharmonia’s 2014-2015 season.

Gryaznov has given numerous performances across Japan in collaboration with the NHK Broadcasting Corporation. He recorded a CD of Chopin works for this project. His video recordings produced for the NHK program Hi-Vision Classic Club are frequently broadcast on Japanese TV. In Russia, many of Gryaznov’s recitals and performances with orchestra have been recorded and are regularly heard on Radio Orpheus, the Russian classical radio station. With his own educational and charitable project Rachmaninoff and his beloved Ivanovka, Gryaznov released a CD of works by Rachmaninoff with some transcriptions of his own. The pianist’s discography also includes recordings made for the Melodiya label’s major project Anthology of Piano Music by Russian and Soviet Composers, including piano pieces by Glinka and the first recording ever of Alexander Tchaikovsky’s Second Piano Sonata.

Vyacheslav Gryaznov is the author of more than 30 concert arrangements and transcriptions. His works have been performed by Boris Berezovsky, Alexander Ghindin, Nikita Mndoyants, Tomoharu Ushida, the Messiaen-Quartet, the Moscow State Chamber Choir, the Moscow Philharmonic Orchestra, the Moscow State Symphony Orchestra, and by many other musicians and collectives. They are heard in concert halls all over the world, and are chosen for prestigious international music contests like the Tchaikovsky Competition in Moscow.

Pre-eminent among Gryaznov’s major arrangements is his Rhapsody In Black on themes from George Gershwin’s opera Porgy and Bess. A large-scale stand-alone composition, it exists in two versions: as a piano concerto with orchestra and as a duet for two pianos. The famous Russian pianist Nikolai Petrov commented:

I believe that it is no exaggeration to say that this is an absolutely magnificent piece of work. It quite simply does not get any better than this – a composition brimming with virtuosity and explosive creativity.

Thanks to his brilliant concert transcriptions, Vyacheslav Gryaznov has gained a reputation as one of the most remarkable young arrangers working today. First published by Deka-BC publishing house in the Masterpieces of Piano Transcription series, in 2014 Gryaznov signed a publishing contract with Schott Music (Germany). Presently, Vyacheslav Gryaznov is one of the few prominent Russian composers who are published by Schott (other names of world-renown include Nikolai Kapustin and Rodion Shchedrin). Some of his piano transcriptions are in the “Top Ten” list of Schott’s international sheet music download platform Notafina – one of the world’s largest.