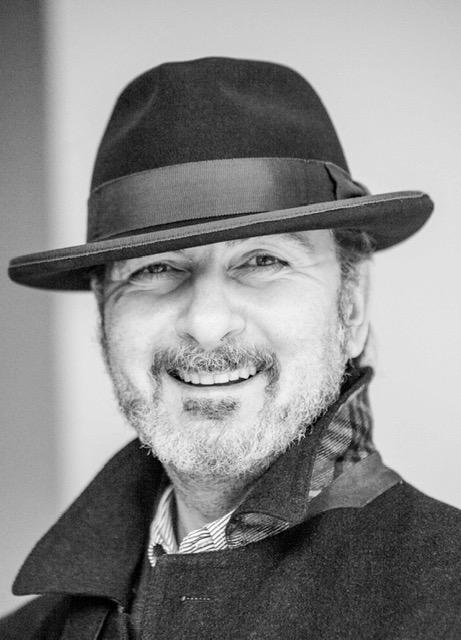 Concert pianist, recording artist, master teacher, and author Jura Margulis has been internationally recognized for his compellingly communicative and emotionally charged performances, as well as for the range of his expressive tonal palette and his consummate transcendental virtuosity. Reviewers have praised the “absolute authority” of his interpretations and the sense of “controlled obsession” he transmits at the keyboard (Fono Forum). The Frankfurter Allgemeine Zeitung noted that his aesthetic is both “impulsive and contemplative.” The Los Angeles Times praised his “excellent pianism” and called him “highly musical”. The Washington Post applauded his “titanic reserves of sheer power” and his “effortless spontaneity.” The Fort Worth Star-Telegram called his performance “… the perfect Beethoven for the audience of our time … sweeping lyricism … imagination, originality, and good taste pervaded every phrase.” In August of 2011 Drehpunkt Kultur in Salzburg stated: “After the performance one fleetingly thinks of the pianists that became legends, but comparisons are impermissible. Margulis is a master sui generis (of his own kind).”

Margulis has recorded ten CDs for Sony, Ars Musici, and Oehms Classics, covering a wide spectrum of repertoire. These recordings have attracted significant attention, including selection as a “reference recording” by Fono Forum, and inclusion on the “Bestenliste” of the Deutschen Schallplattenkritik (German Recording Review). His CD featuring piano transcriptions of music from Bach to Caplet (2007), received 10 out of 10 for “artistic quality” from KlassikHeute. The accompanying review stated: “not since Horowitz’s old RCA recording have I encountered a performance of Saint-Saens’ Danse Macabre that so grippingly leaps from the stage, as here in Jura Margulis’ own transcription.” The review also noted that Margulis’ own transcription of a little-known piece by André Caplet “should, like Ravel’s own transcription of his La Valse, claim a place in the repertoire of young pianists.” Klassik.com, also giving the CD its highest rating, raved that Margulis “cannot be praised enough.” Margulis’ Bach, Beethoven, Brahms, Berg solo CD was released in fall of 2009; All Music Guide writes: “This CD is one of the best played, best interpreted, best programmed recitals of piano music of the year”. In 2011 Margulis released a CD with the complete Liszt violin and piano duo repertoire with his sister Alissa Margulis. In 2012 a CD with Schumann’s Dichterliebe in original version and Berg’s Seven Early Songs with tenor Arnold Bezuyen was released. In 2014 Margulis released an all Schubert con Sordino CD on a MSP Steingraeber D-232 prototype. Fono Forum writes: “Margulis plays (Schubert) with an enthusiasm, a sensitivity, and a creative imagination that are near incomparable.” The MSP website, www.MargulisSordinoPedal.com, states: “The Margulis Sordino Pedal is a quantum leap for the dynamic (volume) and spectral (color) expressive palette of the modern concert grand piano.” In 2015 his latest CD was released with all original transcriptions of music form Bach to Shostakovich on the MSP Steingraeber D-232 including a piano duo with Martha Argerich of Night on Bald Mountain by M. Mussorgsky, also in Margulis’ original transcription – “… astonishing …” Piano News; “… demonic … a brilliant achievement … ” Pianiste. Over 50 titles from his CDs can be found on iTunes.

Jura Margulis’s father and grandfather were pianists and pedagogues and methodical piano pedagogy is an integral part of his artistic vision. He holds master classes in the US, Germany, Austria, Italy, Switzerland, Spain, Portugal, Hungary, Slovenia, Estonia, Armenia, Israel, Russia, Korea, China, and Japan. He is the author of Pianist To Pianist, a weblog of thoughts, observations, research, methodology, rules, exceptions, aphorisms, concerns, and secrets from Pianist to Pianist, published as a book in 2019 by EmanoMedia, Switzerland. Jura Margulis is regularly invited as a judge in international piano competitions, most recently in the ARD Music Competition in Munich and the World Piano Competition in Cincinnati.

Born in St. Petersburg, Russia, Jura Margulis was raised in Germany, where he studied with his father, Vitaly Margulis, at the Musikhochschule Freiburg. He was also a student at the prestigious Fondazione per il Pianoforte in Cadenabbia at Lake Como in Italy. In 1994 he moved to the United States to study with Leon Fleisher at the Peabody Conservatory in Baltimore and made the US his home. 2008 Margulis became the inaugural holder of the Emily J. McAllister Endowed Professorship in Piano at the J.W. Fulbright College of the University of Arkansas. In 2018 Jura Margulis returned to Europe following an appointment as professor of piano and member of the Institute of Science and Research at the Music and Art University in Vienna, Austria.