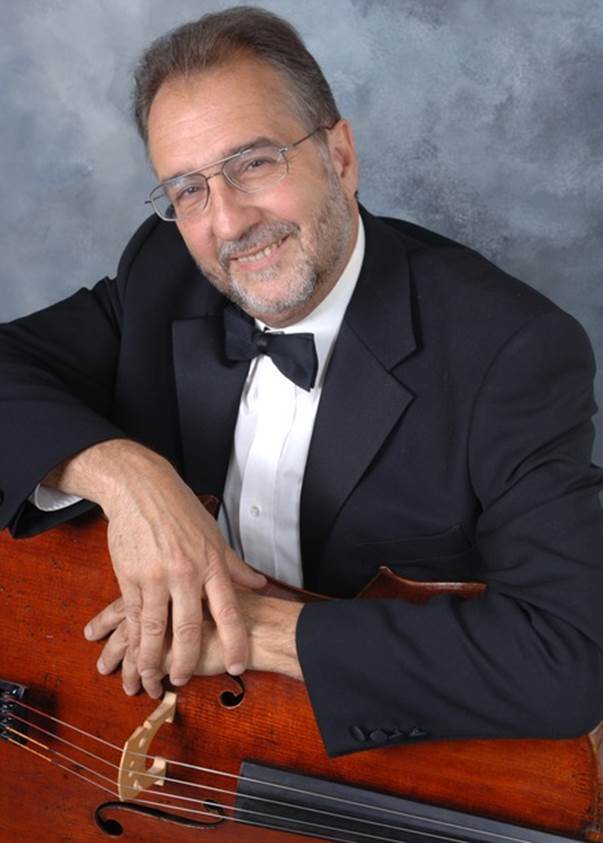 Cellist David Speltz began his formal studies with Eleanore Schoenfeld after being introduced to the cello by his father. Later, he joined the Gregor Piatigorsky Master Class at USC.

He earned a master’s degree in mathematics from UCLA but soon realized that the cello was the path to follow. During this period, he co-founded the Amaga Quartet which went on to win the first prize in the Coleman Competition.

As a member of the ensemble Musical Offering, he performed at the Library of Congress, Lincoln Center, the Casals Festival and Puerto Rico and recorded for the Nonesuch label.

He has been active for years on many Los Angeles chamber music series and participated in summer festivals through the United States. David was a member of the Los Angeles Chamber Orchestra under Sir Neville Marriner, and served as principal cellist of the Califor

nia Chamber Orchestra under Henri Temianka. In 1989, he served as principal cellist for the German conductor Helmuth Rilling at the Bach Collegium Stutgart.

He has been active in the motion picture industry in Los Angeles, playing in the studio orchestras for 500 movies, from The Godfather series to Star Wars!

David has three sons, two who are professional string players in New York City. He is married to violinist Connie Kupka.