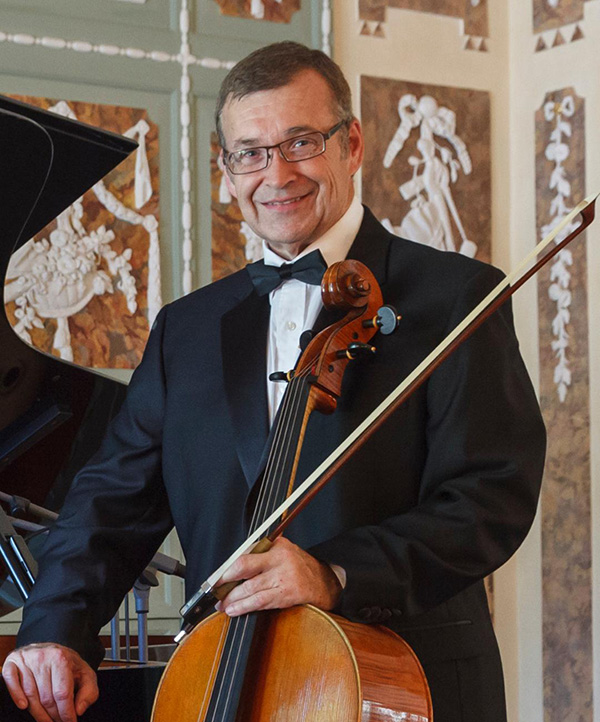 Cellist John Walz, a native of Southern California, is currently the principal cellist with the Los Angeles Opera.  He was a student of the legendary Pierre Fournier, and has appeared as soloist with more than 300 symphony orchestras (in 25 different concerti).  He is a founding member of the Pacific Trio and is on the faculty of the Idyllwild Arts Academy and Summer Program. Mr. Walz has toured to nearly every continent and has recorded concerti by Dvorak, Haydn, Bloch, Shostakovich, Dvorak, and Vivaldi.  He has had the privilege of premiering works by several noted composers, most notably, John Williams.