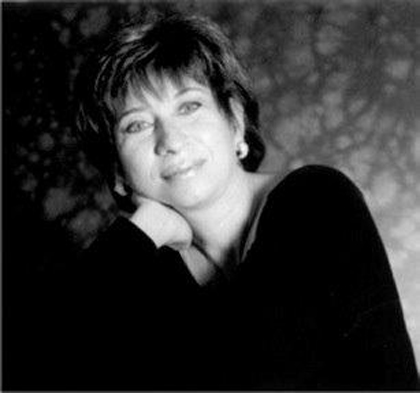 A versatile performer, pianist Edith Orloff is acclaimed as recitalist, chamber musician, and concerto soloist whose music-making is praised at home and abroad for interpretive vitality and perceptive musicianship. Her concerts have taken her across the United States as well as to Germany, France, Czech Republic, Poland, Russia, Italy, and Canada. “Her passage work purled, delicacy or crunch emerged to order from her rapid playing, chords had a cushion of authority, articulation illuminated melody.” (Los Angeles Times). In 1998, her German debut was received as “elegant, a pleasure to hear”.

She is a founding member of the Los Angeles-based Pacific Trio, with violinist Roger Wilkie and cellist John Walz, which regularly tours the U.S. and Europe and is featured on numerous international radio broadcasts. In November of 2014, Pacific Trio made its Russian debut in St. Petersburg with a performance at the “Silver Lyre” Festival. The trio is also ensemble-in-residence at Idyllwild Arts summer festival, where Ms. Orloff has taught piano and chamber music since 1976. Pacific Trio’s most recent recordings include a CD of trios by Bloch, Korngold, and Zemlinsky, and the album “American Composers”, featuring works of Bernstein, Copland, Gershwin, and Muczynski.

She has been guest artist with such prestigious groups as the Houston Symphony Chamber Players, Ensemble Con Brio of Bruchsal, Germany, and the Czech String Trio. Promoting new music, she has launched series featuring works of contemporary composers. Ms. Orloff is a regular performer on prominent series in the Los Angeles area, also in duo recital with each trio colleague. She continues a long-standing musical collaboration with her husband, clarinetist David Peck. Their CD of modern works for clarinet and piano was released in 2004. She has also recorded for Yarlung, Marsyas, and Capriccio. Her newly-released CD, “Personal Touch”,recorded in Germany for the Encora label, is an album of varied works for solo piano by old masters and contemporary composers. The CD has garnered high praise in recent reviews by American Record Guide and the German publication Piano News.

In July of 2015, she and John Walz recorded the two Brahms sonatas for cello and piano.

In addition to her long-time summer faculty position at Idyllwild Arts, Edith Orloff also teaches privately and in master class. Along with musical activities, she enjoys travel, literature, and study of languages. She is fluent in Bulgarian, German, and French.