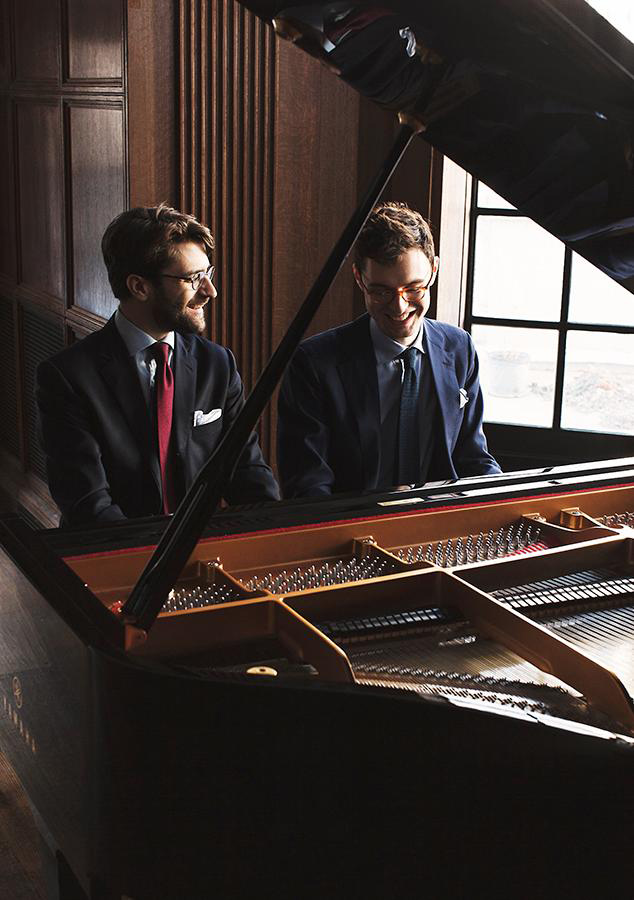 As a pianist, Timo Andres (above right) has appeared with the LA Phil, North Carolina Symphony, the Britten Sinfonia, the Albany Symphony, New World Symphony, and in many collaborations with Andrew Cyr and Metropolis Ensemble. He has performed solo recitals for Lincoln Center, Wigmore Hall, San Francisco Performances, the Phillips Collection, and (le) Poisson Rouge. Among others, Andres has collaborated with Ted Hearne, Becca Stevens, Jeffrey Kahane, Gabriel Kahane, Brad Mehldau, Nadia Sirota, the Kronos Quartet, the LA Dance Project, John Adams, and Philip Glass, with whom he has performed the complete Glass Etudes around the world, and who selected Andres as the recipient of the City of Toronto Glenn Gould Protégé Prize in 2016.