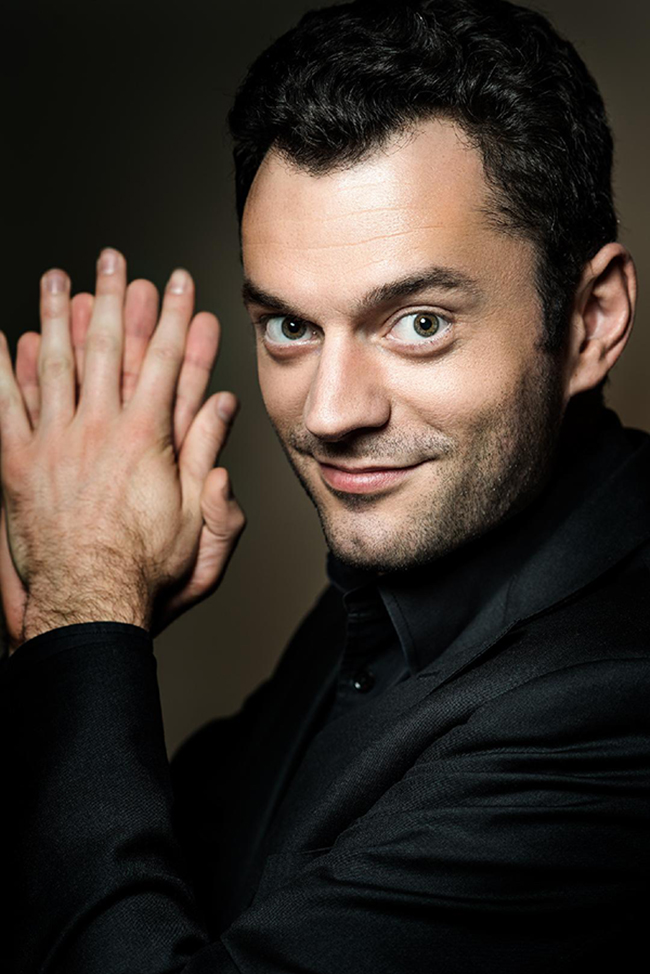 A native of Belgium, Steven Vanhauwaert made his official U.S. solo debut with a recital for the Jacaranda series, where he was hailed by the Los Angeles Times’ Mark Swed for his ‘impressive clarity, sense of structure and monster technique.”  Since then, Mr. Vanhauwaert has appeared in solo recitals at the world’s leading venues such as the Concertgebouw in Brugge, Segerstrom Hall in Costa Mesa, Bovard Auditorium in Los Angeles, the Singel in Antwerp, the Great Hall of the Brussels Conservatory, the Great Hall of the Budapest Liszt Conservatory, as well as numerous other prestigious venues in Bulgaria, Hungary, the US, the Netherlands, France, Brazil, Canada, Israel, the UK, Austria, and Spain. He frequently tours China, where he received great critical acclaim for his solo recitals at the renowned National Center for the Performing Arts in Beijing, the Shanghai Oriental Arts Center, as well as venues in Quingdao, Suzhou, Wuxi, Nanning, Nanjing, Dalian, Chongqing, Hangzhou, Guiyang, and Jinan. He has appeared with orchestras such as the Pacific Symphony, the Flemish Symphony, the Lviv Philharmonic, Collegium Instrumentale, the Sofia Sinfonietta, the Auburn Symphony, the Kyiv Kamerata, the Peninsula Symphony, and Prima la Musica, amongst others.

Mr. Vanhauwaert is passionate about discovering the less familiar jewels of the classical repertoire and sharing them with his audiences. He has given the West Coast premiere of Messiaen’s Fantaisie for violin and piano at Grace Cathedral in San Francisco, and the US premiere of Eric Tanguy’s Piano Trio. Hе also frequently collaborates with today’s leading composers. His solo debut recital at the Concertgebouw in Bruges featured works by Busoni, Casella, Pratella, Ornstein, and Lourié as part of their happening on the ‘fascination and fear of noise’. He was invited for a residency at New York University in Abu Dhabi, for recitals, masterclasses, and a multimedia project based on the works by Teresienstadt composer Viktor Ullmann, including his melodrama on Rilke’s Cornet poem, and the monumental 7th piano sonata. He also made his debut for the acclaimed PianoSpheres concert series in Disney Hall’s Redcat Auditorium, with a daring program consisting exclusively of 20th and 21st century Etudes for the piano, including two special commissions by composers Eric Tanguy, and Veronika Krausas. In April 2016 he appeared as a soloist at the Walt Disney Concert Hall to premiere Fratello by Magnus Lindberg, written in memory of composer Steven Stucky.

He is the recipient of the Maurice Lefranc award, the Rotary Prize, the Galiot Prize, and the Grand Prize at the 2004 Los Angeles International Liszt Competition. His discography includes a solo album with works by Schumann, Schubert, Liszt, Chopin, and Debussy; two 4hand-discs featuring arrangements of Stravinsky’s popular ballets Petrushka and the Le Sacre du Printemps, as well as works by Satie, Ravel, Poulenc and Casella (with his 4handsLA partner Danny Holt), and a disc with works by L.A.-based composer Lior Rosner for Bridge Records.  Along with violinist Guillaume Sutre and harpist Kyunghee Kim-Sutre, he recorded a disc on Sonarti Records with works by Joseph Woelfl, which received was unanimously praised in the press and received the prestigious 5 diapasons in the french magazine Diapason. The album Pensées Intimes for Editions Hortus, featuring works by Hans Pfitzner, Lili Boulanger, Georges Antoine, and the world premiere recording of the Gallipoli Sonata by the Australian composer F.S. Kelly, along with violinist Guillaume Sutre, received great acclaim from On-Mag, and Crescendo Magazine, and also received 5 diapasons in Diapason. A solo disc, Dispersion, with works by works by Schulhoff, Casella, Hindemith, Vierne, and a world premiere recording of the piano sonata by Belgian composer Raymond Moulaert was also recently released on Editions Hortus.

Many of Mr. Vanhauwaert’s performances have been broadcast live on networks such as PBS, K-MZT, K-USC, K-PFK, W-FMT, RTBF, WTV, Radio4, and KLARA. He will also be featured in a documentary for the German/French channel ARTE. He is frequently invited to give guest lecture recitals and masterclasses in universities throughout the world. He is the co-director of the Unbound Chamber Music Festival in Mammoth Lakes, a 3-week long summer festival featuring guest artists from around the world. Mr. Vanhauwaert is a Steinway Artist.