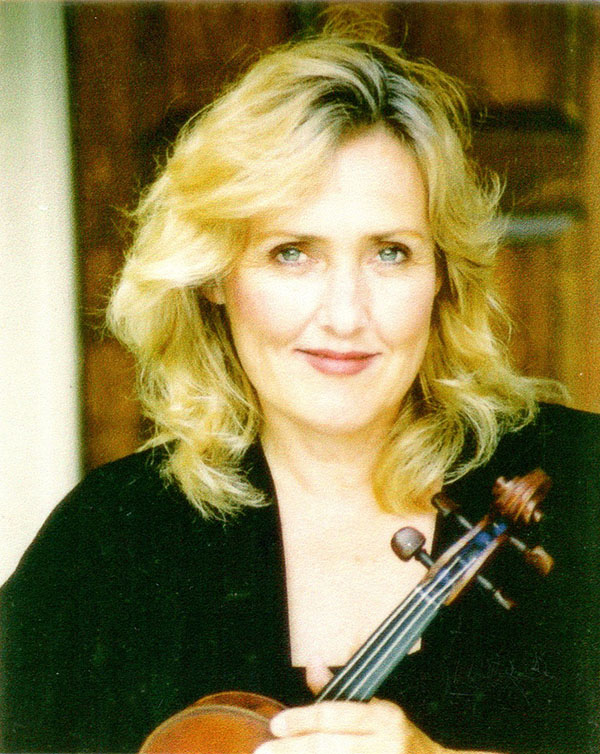 Ruth Bruegger is a product of Swiss parents and Los Angeles schools graduating from UCLA in the late 70s. There she studied violin with Melhi Mehta and Kathy Lenski.

Ruth has spent her career mainly in Southern California with short tours of Paris and the United States. She has enjoyed performing music in numerous venues, from arenas playing to thousands of audience members with Eric Clapton to a select few in local venues including bowling alleys with the Symphomaniacs,. This is a small eclectic group with a musical range from Vivaldi through the Beatles and highlighting Russian gypsy music.

Ruth has been privileged to perform a huge variety of music in so many orchestra too numerous to list here and has remained concertmaster of the San Fernando Valley Symphony for several years. This month she will perform a new concerto based on the musical themes from the original Frankenstein movies with that orchestra.

Chamber music is, of course, the love of most classical musicians and Ruth is very happy to be a part of tonight’s perfomance of Mozart’s Clarinet Quintet with such wonderful musicans.