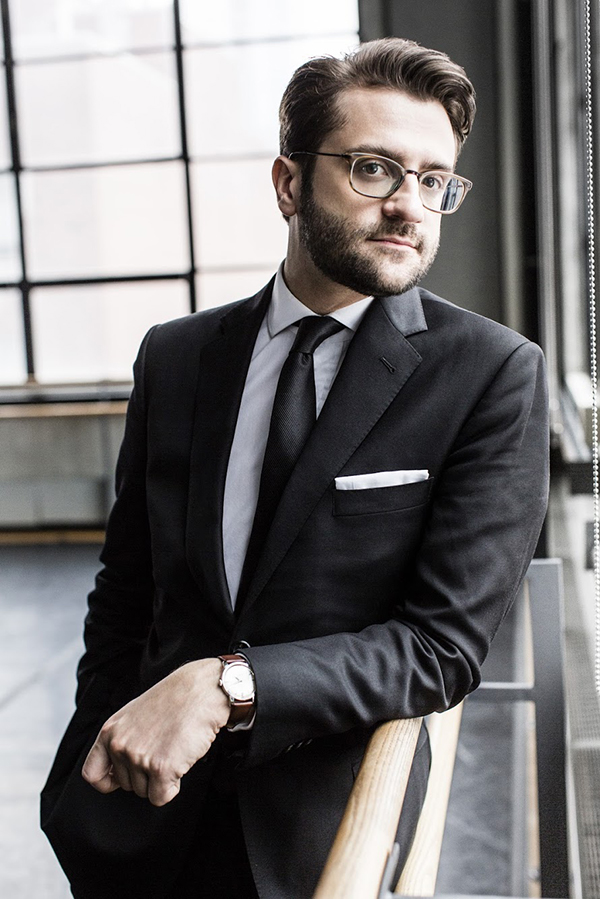 David Kaplan, pianist, has been called “excellent and adventurous” by The New York Times, and praised by the Boston Globe for “grace and fire” at the keyboard. He has appeared as soloist with numerous orchestras, including the Britten Sinfonia and Das Sinfonie Orchester Berlin. Known for diverse and creative recital programs, he has appeared at the Ravinia Festival, Washington’s National Gallery, Strathmore, and Bargemusic. Kaplan’s New Dances of the League of David, mixing Schumann with 16 new works, was cited in the “Best Classical Music of 2015” by The New York Times.

Kaplan has collaborated with the Attacca, Ariel, Enso, Hausman, and Tesla String Quartets, and is a core member of Decoda, the Affiliate Ensemble of Carnegie Hall. He has appeared at the Bard, Seattle Chamber Music, Mostly Mozart, and Chamber Music Northwest festivals, and is an alumnus of Tanglewood, Ravinia-Steans Institute, and the Perlman Music Program. Kaplan has recorded for Naxos and Marquis Records, as well as with Timo Andres in the acclaimed disc, Shy and Mighty (2010), for Nonesuch. For 2021, he commissions renowned composers Anthony Cheung and Christopher Cerrone for two works based on music written by one another, to be programmed with fantasy-form works from L. Couperin to Elliott Carter.

Passionate about teaching, Kaplan was appointed Assistant Professor of Piano at the UCLA Herb Alpert School of Music in 2020. Kaplan’s distinguished mentors over the years include the late Claude Frank, Walter Ponce, Miyoko Lotto, and Richard Goode. With a Fulbright Fellowship, he studied conducting at the Universität der Künste Berlin with Lutz Köhler, and received his DMA from Yale University in 2014. Preferring Yamaha and Bösendorfer pianos, David is proud to be a Yamaha Artist. Away from the keyboard, he loves cartooning and cooking, and is mildly obsessed with classic cars.