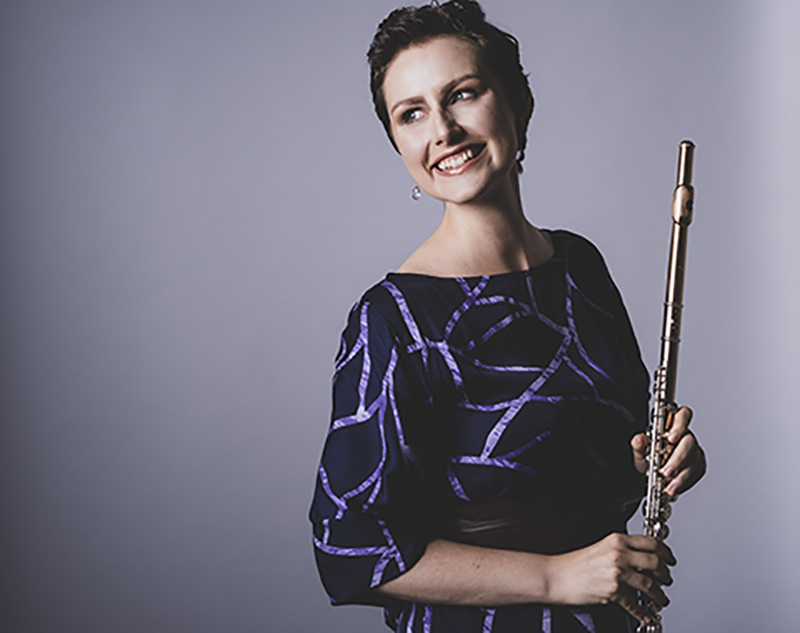 Australian flutist Catherine Gregory enjoys a diverse career as a soloist, ensemble player, teaching artist and creative collaborator. The New York Times has called her playing “magically mysterious,” also writing that “Ms. Gregory left a deep impression… her sound rich and fully present.” A sought-after chamber musician who has performed for numerous distinguished series and festivals, Catherine has appeared at the Barbican Centre in London, Caramoor, Bay Chamber Concerts and the Chamber Music Societies of Lincoln Center and Philadelphia. Catherine has given recitals at the Dame Myra Hess Memorial Concerts in Chicago and the National Gallery of Australia, and has served as guest Principal Flute of Orpheus Chamber Orchestra, the American Symphony Orchestra, and the Malaysian Philharmonic Orchestra. Winner of the 2018 Pro Musicis Award, Catherine made her recital debut at Carnegie’s Weill Recital Hall in 2019. An alumna of Ensemble Connect, she is a Core Artist of Decoda, the affiliate Ensemble of Carnegie Hall. From 2017-2020 she served as a Co-Artistic Director of the ensemble. Passionate about connecting directly with communities through music, she has developed a solo interactive performance workshop for cancer patients, providers and caregivers called Just Breathe. This initiative has also spawned a new commissioning project which will include new miniatures by leading composers. Catherine has served as visiting Flute Lecturer at Lawrence University in Wisconsin, and has given classes and workshops at the Queensland Conservatorium, Guildhall, Curtis, Eastman and the Hartt and UCLA Herb Alpert Schools of Music. Her mentors have included Gerhard Mallon, Alberto Almarza and Jeanne Baxtresser.