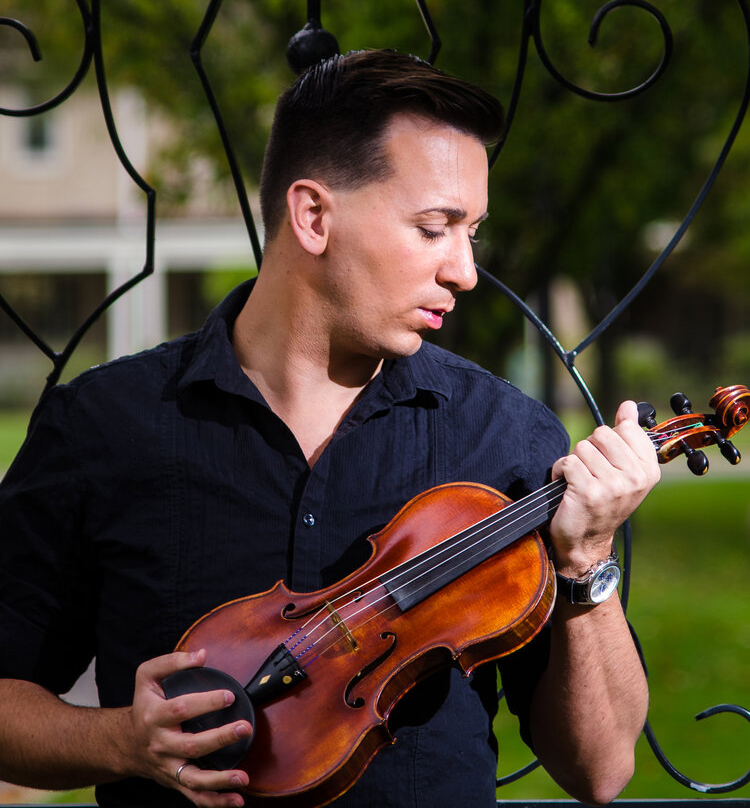 American violinist Andrew Sords maintains a heavy schedule of touring with both his piano trio and as soloist with orchestras. Having appeared on four continents and in nearly all of the 50 states, his performances have been cited for combining visceral virtuosity and ravishing tone, while international critics have endorsed Sords as “a fully formed artist” (Kalisz-Poland News), “utterly radiant” (Canada’s Arts Forum), and “exceptionally heartfelt and soulful” (St. Maarten’s Daily Herald). In 2018, an appearance with the National Symphony of Guatemala was heralded by the Prensa Libre: “Sords demonstrated what it means to be an artist. He paired maximum delicacy with fire and brilliance, and had a subtle handling of sonority – clearly audible even in his softest and sweetest moments.” Sords has received numerous awards and distinctions reflecting his career trajectory, including the Pittsburgh Concert Society’s Career Grant, and has recently made débuts for the Ravinia Festival, Montréal’s Chamber Music Society, and with orchestras in Scotland, Australia, the Caribbean, Canada, and Poland.