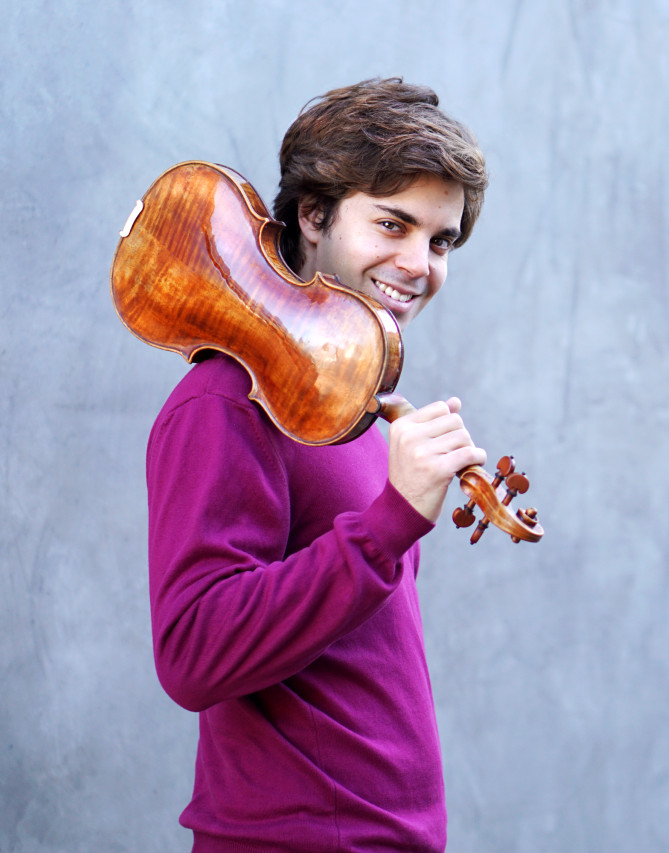 An advocate for contemporary music, Aubrun has premiered over 20 works and has closely worked with composers such as Eric Tanguy, Alyssa Weinberg, Mark Carlson, Roger Bourland and Juan Colomer.

Recent highlights include debuts at the Cambrai Festival as the “revelation of the year”, and the release ofhis first album, “War Romance” with the Hortus Label, to critical acclaim. Aubrun is the music director of the Sonnets and Sonatas Lecture Concert series at the Getty Center in Los Angeles, a cultural series combining lectures, readings, musical performances and screenings that explores the relationship betweenmusic and literature.

As an orchestral musician, Aubrun has collaborated with conductors such as Pierre Boulez, Heinz Holliger, Gustavo Dudamel, James Conlon, Esa-Pekka Salonen, Neville Mariner and Emmanuel Krivine, and has performed in halls such as Paris Salle Pleyel and Cité de la Musique, Valladolid Auditorium, Monte-Carlo Auditorium, Los Angeles Walt Disney Concert Hall, Hollywood Bowl and Royce Hall. He has been a guest violinist with the Los Angeles Philharmonic, the Monte-Carlo Philharmonic, The Las Vegas Philharmonic, the Nice Opera and the Orchestre de Cannes and has served as co-concertmaster of the conductorless Kaleidoscope Chamber Orchestra based in Los Angeles.

Aubrun graduated at age 19 from the Paris National Superior Conservatory where he studied with Roland Daugareil and Serge Pataud. He then studied at UCLA (D.M.A.) with Guillaume Sutre and at the ColburnConservatory of Music (Artist Diploma) with Martin Beaver.

He plays a Matteo Goffriller violin, on a generous loan by the Langart Foundation.

He maintains an ongoing interest in non classical styles. He has recorded for Mayer Hawthorne and performed with Pink Martini, Marco Antonio Solis, Harout Balyan, Moby, Andrew Bird and Herbie Hancock in halls such as the Hollywood Bowl, and the Nokia, Dolby, and Greek Theaters.